How the bacterial protective shell is adapted to challenging environments 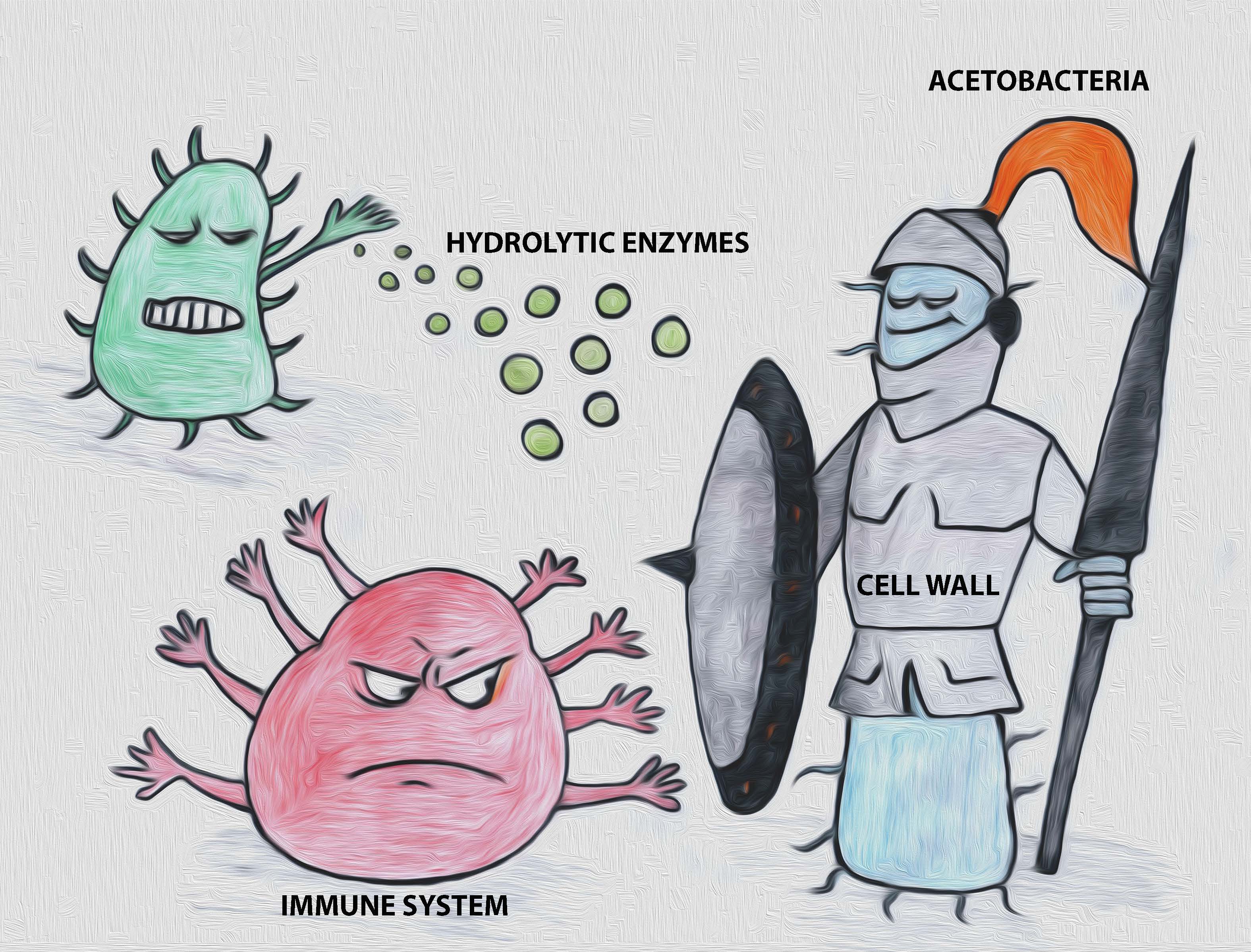 [2016-07-07] Researchers at Umeå University in Sweden have published new findings on the adaptation of the bacterial cell wall in the Journal of the American Chemical Society. The study reveals novel bacterial defence mechanisms against the immune system and how they can become resistant to antibiotics.

Bacteria are surrounded by a mesh-like structure which, similar to an external skeleton, defines the cell shape and provides protection against external attacks. This remarkable polymer cell wall called peptidoglycan, given its basic composition of sugars and amino acids, is well known for being a major target of beta-lactam antibiotics such as Penicillin.

Despite this structure having been the focus of extensive investigations on the long-lasting battle against bacterial pathogens (i.e. bacteria that cause infectious diseases), there is currently little understanding of its natural variability and the consequences of such changes on the ability of bacteria to adapt and survive in a threatening environment.

“This new study provides a powerful pipeline which permits rapid identification and boosts knowledge of cell wall biology in bacteria and opens new avenues towards the development of taxon-specific antimicrobial strategies,” says infection biologist Felipe Cava who led the study at the Laboratory for Molecular Infection Medicine Sweden (MIMS) and the Department of Molecular Biology at Umeå University.

One objective of the research at the Cava Lab is to find new treatment methods against infectious disease and resistance to antibiotics. The study will be of great importance to address fundamental questions on bacterial adaptation to environmental challenges such as to the natural occurring poly-microbial environments as well as to the parasitic, commensal and symbiotic relations with other organisms.

In their recent publication, the researchers investigated the cell wall chemical diversity in the Alpha-subdivision of Proteobacteria, possibly the most abundant organisms in the world. This division includes the most common bacteria in surface water, as well as some plant, animal and human pathogens. The research resulted in finding unprecedented chemical modifications in the cell wall of certain bacteria which enabled them to adapt to their environmental niche.

“We identified a novel peptidoglycan structure displayed by acetic acid bacteria, which are very relevant microbes in the food industry. One of these modifications occur in the diaminopimelic acid, a highly conserved amino acid in the peptidoglycan cell wall of Gram-negative bacteria. In addition, these species have devised an original way of crosslinking their peptidoglycan mesh, which is different to what has been described for other bacteria so far,” explains Felipe Cava.

The biological importance of the study is that these bacteria actually develop structural adjustments in their peptidoglycan layer to create better-fitted cell walls to live in, and colonise competitive environments.

“We showed that these modifications are not purely decorative, but instead, empower acetic acid bacteria with a higher level of protection against lytic enzymes delivered by competing microbes. Also, we showed that the cell wall structure to a certain extent elicits an innate immune system response in the vinegar fly Drosophila melanogaster – a natural host for these bacteria,” says Felipe Cava.

Felipe Cava was appointed in 2013 as a Wallenberg Academy Fellow at the Umeå University and is head of an independent research group at The Laboratory for Molecular Infection Medicine Sweden (MIMS), the Swedish partner in The Nordic EMBL Partnership for Molecular Medicine.

The study is part of a Kingdom-wide peptidoglycan -omic research database called The MUREINome, which collects data from thousands of different bacteria species. The work has also been the result of a collaboration with researchers at the Computational Life Science Cluster at Umeå University, the Spanish National Research Council (CSIC) and the Swiss École Polytechnique Fédérale de Lausanne.

Read the original paper in JACS

Researchers at Umeå University have found a novel peptidoglycan structure in the cell wall of acetic acid bacteria. The structure forms a more protective armour against lytic enzymes delivered by competing microbes, and helps the bacteria to escape a hosts innate immune system. These findings open new avenues towards the development of taxon-specific antimicrobial strategies. Illustration: Felipe Cava.