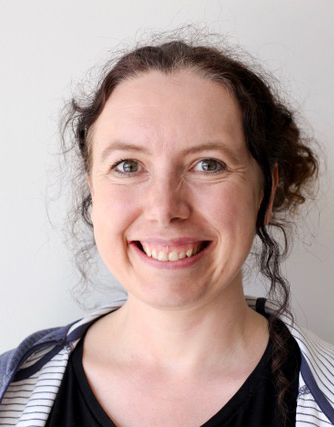 "It is almost paradoxical, but the very ability of an alarmone to down-regulate growth for continued survival is also what gives it toxic potential. In the case of toxic SASs (or toxSASs), these proteins produce a highly unusual alarmone – so-called ppApp – that inhibits growth so dramatically that it is essentially a poison", Atkinson explains.

"Importantly, this brake is reversible through the action of the antitoxins", she continues.

The biological function of toxin-antitoxin systems is a matter of much debate and controversy, but there is evidence that in the case of toxSASs, they may be a defence mechanism against viral attack, putting them in the same category as the CRISPR-Cas9 system. From earlier studies it was known that a protein – now known to be a toxSAS – encoded in virus DNA hiding in a bacterial genome could protect against infection by a second virus. The Umeå team has now discovered that many bacteria-infecting viruses carry toxSASs, and – even more often – small alarmone hydrolases, which would allow them to destroy the alarmone and bypass a toxSAS-based defense mechanism.

The initial discovery of toxSAS toxin-antitoxins was made possible using a tool made in the Atkinson group called FlaGs, standing for Flanking Genes. FlaGs analyses how gene neighbourhood changes or is kept the same (conserved) during evolution. It can be applied to any protein of interest to discover functional associations, not just toxin-antitoxin systems. The bioinformatics tool is available on https://github.com/GCA-VH-lab/FlaGs, and a web server for online analyses is available at http://www.webflags.se/.

Three members of the Umeå team share first-authorship on the PNAS paper: Steffi Jimmy, Chayan Kumar Saha and Tatsuaki Kurata. PhD student Chayan Kumar Saha carried out most of the bioinformatic analyses and drove the development of the FlaGs tool. Most of the validation of toxicity and neutralisation of toxSASs – and the discovery of the new ppApp alarmone as the toxic agent of toxSAS – was carried out by PhD students Steffi Jimmy and Sofia Oliveira (based in the University of Tartu), and post-doc Tatsuaki Kurata.

Many techniques which are used in genetic and molecular biological laboratories have been developed from discoveries of smart mechanisms in the toolbox of bacteria. The CRISPR-Cas9 system, the easy and precise tool now used for gene modification, is based on a mechanism which bacteria use to defend themselves against virus (phages) attacks.

"Who knows, maybe in the future we will see the toxSAS system in use as a tool for the therapeutic or biotechnological regulation of bacterial growth", Atkinson commented on the new findings.

This study also involved  researchers from the following organisations:

About the Atkinson lab and the Hauryliuk lab

Gemma C. Atkinson and Vasili Hauryliuk are specialists in microbial protein synthesis, antibiotic resistance and stress responses. The great strength of the two research groups is that they both develop and use creative methods in bioinformatics combined with experimental methods in microbiology, molecular biology and biochemistry. They confirm in silico findings from bioinformatics with in vitro and in vivo studies in bacteria and yeast.

The Atkinson group has recently been granted funding from the Umeå University Medical Faculty for research into biotechnological applications of newly discovered TA systems.

Top Picture:  Illustration of the Toxin-Toxin System by Gemma Atkinson